Shannon Miller is Associate Professor of English at Temple University and the author of Invested with Meaning: The Raleigh Circle in the New World, also published by the University of Pennsylvania Press. 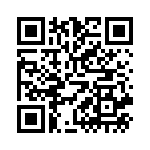