WILLY MALEY is Professor of Renaissance Studies at the University of Glasgow. His many publications include two previous books with Palgrave Macmillan: A Spenser Chronology (1994), and Salvaging Spenser: Colonialism, Culture and Identity (1997). He is also co-editor of Representing Ireland: Literature and the Origins of Conflict, 1534 - 1660 (1993), Edmund Spenser: A View of the Present State of Ireland: From the First Published Edition (1997), Postcolonial Criticism (1997), and British Identities and English Renaissance Literature (2002). 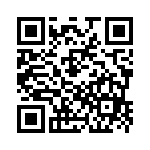