Page vii
more clear and explicit is set unto it and compared with it, and which serves to
throw light on it, and give a clearer discernment of it, and of its true sense; bit then
that light, discernment, and sense, cannot be expressed but in words literally ...
Page xii
Theology may be considered either as natural, which is from the light of nature,
and is attained unto through the use and exercise of it, or supernatural, which is
come at by divine revelation. Natural theology may be considered either as it was
...
Page xiii
There is no saving knowledge of God without Christ; wherefore the light of nature
is insufficient to salvation; for though by it men may arrive to the knowledge of a
God as the Creator of all things, yet not to the knowledge of Christ as the Saviour
...
Page xiv
And what serves to throw more light on this evangelical theology, are the
sacrifices ordered to be offered up; and which were types of the sacrifice of Christ
; and particularly that which was offered up by Abel, who, by faith in the sacrifice
of ...
Page xx
Thus things continued in the Gentile world, until the light of the gospel was sent
among them; the times before that were times of ignorance, as the apostle calls
them; they were ignorant of the true God, and of the worship of him; and of the ...
Next »

This edition of Gill's Doctrinal and Practical Divinity are bound together in a nice hardback, clothbound edition. Sixty dollars is a small price to pay for this work by one of the greatest ... Read full review 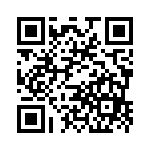