Every American should respect Adm. Stockdale. These reflections show the way to a more meaningful life. Read full review

Page 46 - I returned and saw under the sun that the race is not to the swift, nor the battle to the strong, neither yet bread to the wise, nor yet riches to men of understanding, nor yet favour to men of skill; but time and chance happeneth to them all.
Appears in 997 books from 1706-2007
Page 231 - If only it were all so simple! If only there were evil people somewhere insidiously committing evil deeds, and it were necessary only to separate them from the rest of us and destroy them. But the line dividing good and evil cuts through the heart of every human being. And who is willing to destroy a piece of his own heart?
Appears in 126 books from 1889-2008
More
Page 37 - Because thou hast asked this thing, and hast not asked for thyself long life, neither hast asked riches for thyself, nor hast asked the life of thine enemies, but hast asked for thyself understanding to discern...
Appears in 580 books from 1802-2008
Page 42 - If it be so, our God whom we serve is able to deliver us from the burning fiery furnace, and he will deliver us out of thine hand, O king. But if not, be it known unto thee, O king, that we will not serve thy gods, nor worship the golden image which thou hast set up.
Appears in 976 books from 1724-2008
Page 215 - Remember that you are an actor in a drama of such sort as the author chooses, — if short, then in a short one ; if long, then in a long one. If it be his pleasure that you should enact a poor man, see that you act it well ; or a cripple, or a ruler, or a private citizen. For this is your business, to act well the given part; but to choose it, belongs to another.
Appears in 33 books from 1865-2005
Page 193 - If I become a prisoner of war, I will keep faith with my fellow prisoners. I will give no information nor take part in any action which might be harmful to my comrades.
Appears in 71 books from 1945-2008
Page 37 - Give, therefore, thy servant an understanding heart to judge thy people, that I may discern between good and bad: for who is able to judge this thy so great a people ?' And the speech pleased the Lord, that Solomon had asked this thing.
Appears in 742 books from 1802-2008
Page 42 - If we are thrown into the blazing furnace , the God we serve is able to save us from it, and he will rescue us from your hand, O king. '"But even if he does not, we want you to know, O king, that we will not serve your gods or worship the image of gold you have set up.
Appears in 222 books from 1910-2008
Page 209 - A man that is born falls into a dream like a man who falls into the sea. If he tries to climb out into the air as inexperienced people endeavour to do, he drowns — nicht wahr?
Appears in 242 books from 1900-2007
Less

Vice Admiral James Stockdale, a senior research fellow at the Hoover Institution, served in the navy from 1947 to 1979, beginning as a test pilot and instructor at Patuxent River, Maryland, and spending two years as a graduate student at Stanford University. He became a fighter pilot and was shot down on his second combat tour over North Vietnam, becoming a prisoner of war for eight years, four in solitary confinement. The highest-ranking naval officer held during the Vietnam War, he was tortured fifteen times and put in leg irons for two years. His books include Thoughts of a Philosophical Fighter Pilot (1995, Hoover Institution Press) and In Love and War (second revised and updated edition, 1990, U.S. Naval Institute Press), coauthored with his wife, Sybil. In early 1987, a dramatic presentation of In Love and War was viewed by more than 45 million viewers on NBC television. 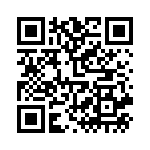