Page 8
... regain his liberty , or preserve his life , by a promise of neutrality : for the stipulation gives the enemy nothing which he had not before ; the neutrality of a captive may be always secured by his imprisonment or death .
Page 133
Milton's allegory of Sin and Death is undoubtedly faulty . Sin is indeed the mother of Death , and may be allowed to be the portress of hell ; but when they stop the journey of Satan , a journey described as real , and when Death offers ...
Page 222
In 1677 , he became , by the death of his father , Earl of Dorset , and inherited the estate of his family . In 1684 , having buried his first wife , of the family of Bagot , who left him no child , he married a daughter of the Earl of ... 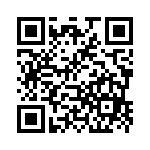