THE PASSION OF MICHEL FOUCAULT

Revelatory, well-written account of the controversial life and writings of French historian and philosopher Foucault. Miller (``Democracy is in the Streets'', 1987, etc.) makes it clear from the start ... Read full review

The passion of Michel Foucault

Foucault has been acclaimed as one of France's most influential and certainly controversial 20th-century philosophers. Miller has thoroughly researched and presented Foucault's intellectual journey ... Read full review

James Miller is Associate Professor of Political Science and Director of Liberal Studies at the New School for Social Research. 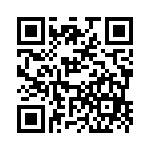