Page 2
It should also be remembered , that our author has several plays , founded on subjects which had been previously treated by Others . Of this kind are King John , King Richard II , the two parts of King Henry IV . king ...
Page 295
... Of Cappadocia ; Philadelphos , king Of Paphlagonia ; the Thracian king , Adallas : King Malchus of Arabia ; king ... king Of Comagene ; Polemon and Amintas , The kings of Mede , and Lycaonia , with a More larger list of scepters .
Page 325
Thus a Deputy says in the first scene of king John : “ Thus , after greeting , speaks the king of France , “ In my behaviour , to his majesty , “ The borrow'd majesty of England here . " Again , in King Henry IV . 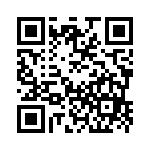