Oliver P. Richmond is Director for the Centre for Peace and Conflict Studies, School of International Relations, University of St Andrews 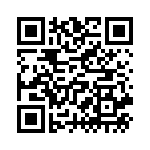