Margaret Sönser Breen is Associate Professor of English at the University of Connecticut, where she specialises in the British novel and Gender Studies.
Peter Day specialises in Early Church and Patristic Theology, with an emphasis on the work of Origen of Alexandria. His recent focus has been on universal salvation within Christianity and their influence on Theodicy. He has worked as a part-time lecturer in philosophy at Westminster College in Oxford, has been co-director of an education conference company, co-organiser of an international series of conferences on "evil," and set up "The Marian Shrines Project," which aims to produce a comprehensive historical guide to Shrines of "Our Lady" in England and Wales.
Robert N Fisher is the founder of Learning Solutions (http: //www.learning-solutions.org) and Inter-Disciplinary.Net (http: //www.inter-disciplinary.net). Both bodies are dedicated to encouraging and developing cutting-edge inter- and multi-disciplinary research projects. He is also the Series Editor for the "At the Interface project/Probing the Boundaries" project, which includes this volume. Former head of Theology and Principal Lecturer in Philosophy, Theology, and Theodicy at Westminster College, Oxford, he is also founder of the Global Association for the Study of Persons, a member of the Steering Committee for the International Forum on Persons, and on the advisory board for Essays in Philosophy, and the Commutarian Forum. Finally, he has published two books, Becoming Persons, and Persons, Suffering, and Death.
Neil Forsyth is Professor of English and Comparative Literature at the University of Lausanne, Switzerland. He is the author of The Old Enemy: Satan and the Combat Myth (1990), The Satanic Epic (2002), and a new book on Milton. He has also written on other literary topics, from Gilgamesh to D. H. Lawrence, including several essays on Shakespeare films.
John A. Humbach is Professor of Law at Pace University School of Law in White Plains, New York.
Scott Lowe is Professor of Philosophy at Bloomsburg University in Pennsylvania.
Maria Michela Marzano is a Chargie de Recherche in Philosophy at the Centre National de la Recherche Scientifique in Paris.
Jean Murley is a Ph.D. candidate in English at the City University of New York Graduate School. She is currently writing her dissertation on contemporary American murder narratives.
Ramzi Nasser is a trial attorney with the Federal Defenders of San Diego, California.
John T. Parry teaches civil rights litigation, constitutional law, and criminal law at the University of Pittsburgh School of Law in Pennsylvania. His primary research interest is the relationship between individual rights and the legal structure for the exercise of state power.
Theodore Seto is Professor at Loyola Law School of Los Angeles, California, where he teaches tax, property, and criminal law. His research interests are diverse, but currently focus primarily on moral theory.
Karen-Margrethe Simonsen is Associate Professor of Comparative Literature at the University of Aarhus, Denmark. Together with Marianne Ping Huang and Mads Rosendahl Thomsen, she has edited Reinventions of the Novel. History and Aesthetics of a Protean Genre (2002).
Bill Wringe is an instructor of Philosophy in the Department of International Relations at Bilkent University, Ankara, Turkey. 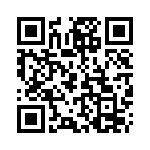