Sheikh Hasan Ahmed Abdel Rahman Muhammed al-Banna (Arabic: ??? ???? ??? ?????? ???? ??????,known as Hasan al-Banna was a schoolteacher and imam, best known for founding the Muslim Brotherhood, one of the largest and most influential 20th century Muslim revivalist organizations.

His father, Sheikh Ahmad 'Abd al-Rahman al-Banna al-Sa'ati, was a local imam (prayer leader) and masjid teacher of the Hanbali rite.When Hasan al-Banna was twelve years old, he became involved in a Sufi order, and became a fully initiated member in 1922.[5][6] At the age of thirteen, he participated in demonstrations during the revolution of 1919 against British rule.

t was to spread this message that Al-Banna launched the society of the Muslim Brothers in March 1928.

Al-Banna's message tackled issues including colonialism, public health, educational policy, natural resources management,social inequalities, Arab nationalism, the weakness of the Islamic world on the international scene, and the growing conflict in Palestine. By emphasizing concerns that appealed to a variety of constituencies, Al-Banna was able to recruit from among a cross-section of Egyptian society — though modern-educated civil servants, office employees, and professionals remained dominant among the organization's activists and decisionmakers. Al-Banna was also active in resisting British rule in Egypt.

Between 1948 and 1949, shortly after the society sent volunteers to fight against Israel in the 1948 Arab-Israeli War, the conflict between the monarchy and the society reached its climax. Concerned with the increasing assertiveness and popularity of the brotherhood, as well as with rumors that it was plotting a coup, Prime Minister Mahmoud an-Nukrashi Pasha disbanded it in December 1948. The organization's assets were impounded and scores of its members sent to jail. Following Pasha's assassination by a student member of the Muslim Brotherhood, Al-Banna promptly released a statement condemning the assassination, stating that terror is not an acceptable way in Islam. 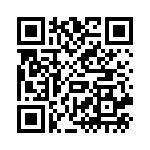