The research work,''The native speaker: myth and reality'' by Alan Davies is a comprehensive study of linguistics aspects in the language of native speaker. 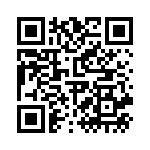