Page 92
When his letter on the State of parties was published , in which he denies that
any designs had been on foot during the last four years of Anne's reign , or that
any party was formed at her death , to set aside the house of Hanover ; adding ,
that ...
Page 239
If the simple object of the citizens of Rhode Island , or of the parties existing in it ,
was , therefore , either to equalize the ... Both of the two great parties into which
the State was divided , the Charter , or Freeholders ' party , and the Suffrage party
...
Page 303
By the former , the issue are bastardized , and a subsequent marriage valid ; by
the latter , the marriage is not dissolved , the issue are legitimate , and a
subsequent marriage , living either party to the first marriage , is nugatory and
invalid ... 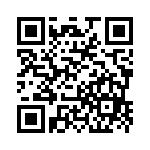