David Garfinkel has been described as ?the world's greatest copywriting coach.? He's a successful results-oriented copywriter and the author of ?Advertising Headlines That Make You Rich, ? which shows you how proven money-making headlines customized for your business can increase your profits by 1700%. Publishing History: eBook Secrets Exposed, The New Art of Public Speaking, Advertising Headlines That Make You Rich Marketing and Publicity Information: Author speaking tour, Book signings, Habitat for Humanity Building Partner

Dale Breckenridge Carnegie (spelled Carnagey until 1922) was born on November 24, 1888 in Maryville, Missouri. He was the son of a poor farmer but he managed to get an education at the State Teacher's College in Warrensburg. After school he became a successful salesman and then began pursuing his dream of becoming a lecturer. At one point, he lived, penniless, at the YMCA on 125th street in New York City. There he persuaded the "Y" manager to allow him to give courses on public speaking. His technique included making students speak about something that made them angry -- this technique made them unafraid to address an audience. From this beginning, the Dale Carnegie Course developed. (Dale also changed the spelling of his last name from Carnagey to Carnegie due to the widely recognized name of Andrew Carnegie.) Carnegie wrote Public Speaking: a Practical Course for Business Men (1926), but his greatest written achievement was How to Win Friends and Influence People (1936). The book has still made it on to the bestsellers' list in 2014. Carnegie died at his home in Forest Hills, New York on November 1, 1955. He was buried in the Belton, Cass County, Missouri, cemetery. The official biography from Dale Carnegie & Associates, Inc. states that he died of Hodgkin's disease. 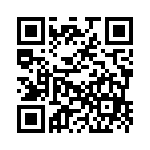