This book is split into 3 distinct parts: an introduction, the main text which is a transcribe of the lecture Sartre gave "Existentialism is a humanism" with the question & answer session which ... Read full review

This is well-written, because it can be read by everyone and it´s full of thoughts. Thanks to this book, you can easily realize what one philosophical system means and on what grounds it stands. So if ... Read full review

Sartre is the dominant figure in post-war French intellectual life. A graduate of the prestigious Ecole Normale Superieure with an agregation in philosophy, Sartre has been a major figure on the literary and philosophical scenes since the late 1930s. Widely known as an atheistic proponent of existentialism, he emphasized the priority of existence over preconceived essences and the importance of human freedom. In his first and best novel, Nausea (1938), Sartre contrasted the fluidity of human consciousness with the apparent solidity of external reality and satirized the hypocrisies and pretensions of bourgeois idealism. Sartre's theater is also highly ideological, emphasizing the importance of personal freedom and the commitment of the individual to social and political goals. His first play, The Flies (1943), was produced during the German occupation, despite its underlying message of defiance. One of his most popular plays is the one-act No Exit (1944), in which the traditional theological concept of hell is redefined in existentialist terms. In Red Gloves (Les Mains Sales) (1948), Sartre examines the pragmatic implications of the individual involved in political action through the mechanism of the Communist party and a changing historical situation. His highly readable autobiography, The Words (1964), tells of his childhood in an idealistic bourgeois Protestant family and of his subsequent rejection of his upbringing. Sartre has also made significant contributions to literary criticism in his 10-volume Situations (1947--72) and in works on Baudelaire, Genet, and Flaubert. In 1964 he was awarded the Nobel Prize in Literature and refused it, saying that he always declined official honors. 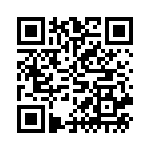