Adam Smith is one of the most important figures in modern economic theory. In a very real sense, he provided the basis for the Industrial Revolution through his emphasis on the division of labor as ... Read full review

This book sorely tested my knowledge of Scottish history. Phillipson assumes his reader’s familiarity with the Westminster Confession of Faith, the Glorious Revolution and the 1707 Act of Union in ... Read full review

Nicholas Phillipson is Honorary Research Fellow in History at Edinburgh, where he has taught since 1965. He has held visiting appointments at Princeton, Yale, Tulsa, the Folger Library, Washington DC and the Ludwigs-Maximilian Universitat, Munich. He is co-director of a three-year Leverhulme-funded project on the Science of Man in Scotland. He was an associate editor of the New Oxford Dictionary of National Biography, a founder editor of the journal Modern Intellectual History, published by the Cambridge University Press, and is a past president of the Eighteenth Century Scottish Studies Society. 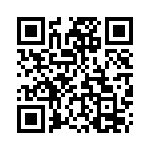