A master of the sea tale, Marryat wrote novels that deal with life in the English Navy, in which he himself served. His stories were written for children but were read by old and young alike. "Masterman Ready" (1841) at one time stood next to "Robinson Crusoe" in popularity with boy readers. "Peter Simple" (1834) is the most autobiographical of the novels, "Mr. Midshipman Easy" (1836), the most humorous. "Percival Keene" (1842), the least estimable of his heroes, is a melodramatic story. "The Little Savage" (1848) is a horror tale of remarkable power, strong in plot and character development. Marryat's novels are all didactic, but his moral lessons never intrude or offend. The details of his adventurous life, so far as they are known, are well described in Oliver Warner's "Captain Marryat: A Rediscovery." "A Diary in America" appeared first in 1839. The recognition now given to Marryat as a source for social history is fully deserved, since his opinionated account of his journey gives us "an invaluable view of American life at the time when Jacksonian democracy was in full development in the new nation. 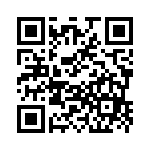