Meredith Ralston is Professor in the Departments of Womenrsquo;s Studies and Political Studies at Mount Saint Vincent University in Halifax, Nova Scotia. Her work has been in the areas of women and politics, and homeless women and prostitution in Canada. She is the author of Nobody Wants to Hear our Truth: Homeless Women and Theories of the New Right. She is also an award-winning filmmaker, and her latest film, Hope in Heaven (about sex tourism in the Philippines) is narrated by Kiefer Sutherland and has just been broadcast to great acclaim on CBC in Canada. She also wrote and directed two documentaries with the National Film Board of Canada on women in politics.

Edna Keeble is Professor in the Department of Political Science at Saint Maryrsquo;s University, in Halifax. Her work has centered on issues of security, particular from a feminist perspective, and through the years she has sat on national boards advising the Canadian government on foreign policy, national security and Canada-US border matters. She has won three significant teaching awards and has been selected as the University's 2008-09 Teaching Scholar. 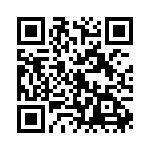