Page xii
Some of my discussions may therefore seem tough going, and removed from the
concerns of everyday life, but I have tried to make the ideas as clear as possible
while doing justice to academic philosophy as it has actually been practiced ...
Page 4
And yet there abided an odd sense of privilege in the locals, even a kind of
snobbery, since people did actually choose to pay good money to visit the place.
The main activities of young men in the town were drinking and fighting, and
trying to ...
Page 5
Some of these boys actually read books for pleasure! I was a big reader of
children's books when I was young, especially the Dr. Doolittle stories, but since
adolescence I had read almost nothing, just the odd horror story or piece of
science ...
Page 8
... of which you can conceive. He combines all the perfections in one entity—
absolutely good, perfectly wise, infinitely powerful. This is just what we mean by
the word “God,” and apparently we can mean this whether or not God actually
exists.
Page 18
Thus it feels as if you are in a bar in New York talking to your friends, but actually
you are stuck in a vat somewhere in Cleveland hallucinating all this. What the
scientists are doing is producing a mere simulation of the ordinary physical ...

A resident of New York City and philosophy professor at Rutgers University, Colin McGinn was educated at Oxford University and has written broadly on his own philosophy and that of others. He has ... Read full review

THE MAKING OF A PHILOSOPHER

Playful memoir offering an amusing view of academic philosophy's day-to-day tussle, as well as a clear introduction to the author's thought.By his own description, McGinn (Philosophy/Rutgers) is short ... Read full review

Colin McGinn was educated at Oxford University. The author of sixteen previous books, including The Making of a Philosopher, he has written for the London Review of Books, The New Republic, the New York Times Book Review, and other publications. He has taught philosophy at University College of London, Oxford, and Rutgers University, and is a distinguished professor of philosophy at the University of Miami. 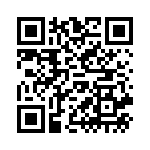