*5 writing; maybe *4 plotline, which is a tale of love, politics, religion, unexpected heirs and illegitimacy. In North Loamshire, the election (a violent affair, full of bribery and threats) is about ... Read full review

Felix Holt is a surprising triumph for Eliot. For the first time, she engages fully with some of the deeper socio-political issues of her day and age. The plot is almost Dickensian in the amount of ... Read full review 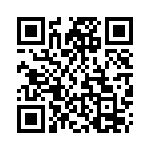