Donald L. Shaffer grew up in a small non-denominational church. Several years ago he was drawn into deep personal studies on certain issues. The first was concerning the Trinity doctrine. Then there was a period of studying in order to explain supposed Bible contradictions. Those studies gave him an appreciation of the Bible that he never had before.

Then, about two years before the writing of this book his church was between pastors. He offered to carry on the mid-week Bible studies. For about six months they studied various things, much of it concerning prophecy. They studied parts of Daniel, Ezekiel, and Revelation.

In those studies he saw things that he didn't for a while realize the significance of. These things, which he didn't realize were related, over some time came together. It became clear that he was coming to conclusions that weren't teachings of the church. He then realized why the people didn't agree with what he was seeing. 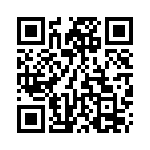