(Original Review, 1991-03-18) I had the good fortune to read “Ulysses” in my late teens without knowing much of its reputation other than that Anthony Burgess, an author whose novels I was enjoying at ... Read full review

Weldon Thornton is professor of English at the University of North Carolina at Chapel Hill. He is also the author of "J. M. Synge and the Western Mind." 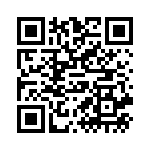