Page 115 - For if we believe that Jesus died and rose again, even so them also which sleep in Jesus will God bring with him. For this we say unto you by the word of the Lord, that we which are alive and remain unto the coming of the Lord shall not prevent them which are asleep.
Appears in 775 books from 1181-2008
Page 102 - I will judge between cattle and cattle. ^And I will set up one shepherd over them, and he shall feed them, even my servant David ; he shall feed them, and he shall be their shepherd.
Appears in 941 books from 1651-2008
More
Page 28 - And the third angel sounded, and there fell a great star from heaven, burning as it were a lamp, and it fell upon the third part of the rivers, and upon the fountains of waters. And the name of the star is called Wormwood; and the third part of the waters became wormwood; and many men died of the waters, because they were made bitter.
Appears in 1032 books from 1687-2008
Page 83 - And the beast was taken, and with him the false prophet that wrought miracles before him, with which he deceived them that had received the mark of the beast, and them that worshipped his image ; these both were cast alive into a lake of fire burning with brimstone.
Appears in 1274 books from 1724-2008
Page 127 - WHEN the day of Pentecost was fully come, they were all with one accord in one place : And suddenly there came a sound from heaven, as of a rushing mighty wind, and it filled all the house where they were sitting. And there appeared unto them cloven tongues, like as of fire, and it sat upon each of them : And they were all filled with the Holy Ghost ; and began to speak with other tongues, as the Spirit gave them utterance.
Appears in 1051 books from 1712-2008
Page 31 - And the rest of the men which were not killed by these plagues yet repented not of the works of their hands, that they should not worship devils, and idols of gold, and silver, and brass, and stone, and of wood; which neither can see, nor hear, nor walk: 21 Neither repented they of their murders, nor of their sorceries, nor of their fornication, nor of their thefts.
Appears in 802 books from 1181-2008
Page 95 - Rejoice ye with Jerusalem, and be glad with her, all ye that love her: rejoice for joy with her, all ye that mourn for her, " that ye may suck, and be satisfied with the breasts of her consolations; that ye may milk out, and be delighted with the abundance of her glory.
Appears in 552 books from 1770-2008
Page 61 - The tender and delicate woman among you, which would not adventure to set the sole of her foot upon the ground for delicateness and tenderness...
Appears in 480 books from 1694-2008
Page 91 - For thou hast said in thine heart, I will ascend into Heaven, I will exalt my throne above the stars of God : I will sit also upon the mount of the congregation, in the sides of the north. I will ascend above the heights of the clouds, I will be like the Most High. Yet thou shalt be brought down to hell, to the sides of the pit.
Appears in 890 books from 1709-2008
Page 98 - And it shall come to pass, that every one that is left of all the nations which came against Jerusalem shall even go up from year to year to worship the King, the Lord of Hosts, and to keep the feast of tabernacles.
Appears in 378 books from 1181-2008
Less

James Warden Jr. is a graduate of Mid-American Nazarene University of Olathe, Kansas. For six years he served as a Christian radio announcer on Kansas City’s Christian station KCNW. He was ordained into the ministry by Don and Velma Aston of Overland Park, Kansas, pastors of Grace Church of the Living God in 1992. He is the founder and President of Have You Heard the Good News, an international radio ministry. He is author of several books: One Hundred Reasons Why Born Again Believers Cannot Lose Their Salvation (Salvation by Grace Explained), Biblical History and Prophecy of the Races (Nations), Prophecy Checklist. He is presently working on his next books titled Types and Shadows in Scripture: See What You’re Missing and How God’s Forgiveness Operates Under Grace. He offers seminars regarding Eternal Security, Biblical History, Prophecy, and Bible Types and Shadows. He resides in Texas. To contact him for speaking engagements or to order ministry tapes, books, or Bible study aids e-mail him at james.wardenjr@att.net with the heading of "Prophecy Checklist" or it will be deleted as spam. www.PROPHECYCHECKLIST.COM 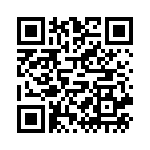