THE BOOK OF DAVID

Late of many appearances on The Tonight Show with Johnny Carson and two-drink-minimum gigs, comedian Steinberg tells the story of his life as though it were ripped from the Old Testament. Beware of a ... Read full review

THE BOOK OF DAVID

Like The Book of J, on which Rosenberg collaborated with Harold Bloom, this is a highly speculative theory about a biblical author—here, of the novella-like section on King David in 2 Samuel—plus a ... Read full review

Page 108 - Behold, my master wotteth not what is with me in the house, and he hath committed all that he hath to my hand; there is none greater in this house than I ; neither hath he kept back any thing from me but thee, because thou art his wife: how then can I do this great wickedness, and sin against God?
Appears in 380 books from 1710-2007
Page 108 - Behold, thou art called a Jew, and restest in the law, and makest thy boast of God, and knowest his will, and approvest the things that are more excellent, being instructed out of the law...
Appears in 571 books from 1755-2008
More
Page 108 - For he is not a Jew, which is one outwardly; neither is that circumcision, which is outward in the flesh: but he is a Jew, which is one inwardly; and circumcision is that of the heart, in the spirit, and not in the letter; whose praise is not of men, but of God.
Appears in 1357 books from 1755-2008
Page 3 - Let there be lights in the firmament of the heavens to separate the day from the night; and let them be for signs and for seasons and for days and years, and let them be lights in the firmament of the heavens to give light upon the earth.
Appears in 205 books from 1819-2008
Page 108 - Therefore thou art inexcusable, O man, whosoever thou art that judgest: for wherein thou judgest another, thou condemnest thyself; for thou that judgest doest the same things.
Appears in 831 books from 1755-2008
Page 182 - Woe unto you that desire the day of the Lord! to what end is it for you? the day of the Lord is darkness, and not light. As if a man did flee from a lion, and a bear met him ; or went into the house, and leaned his hand on the wall, and a serpent bit him.
Appears in 501 books from 1722-2008
Page 109 - Go to, I pray thee, let me come in unto thee." And she said, "What wilt thou give me, that thou mayest come in unto me?
Appears in 8 books from 1876-2007
Page 81 - Moses had a wonderful rapport with God, whom I'm sure you'll all remember from last week's sermon.
Appears in 3 books from 2006-2008
Page 169 - Neither his silver nor his gold shall be able to deliver him in the day of the Lord's wrath...
Appears in 3 books from 1815-2007
Page 49 - Cause if you think nobody wants it, just throw it away and you will see, someone will have it before you can count aleph, bet, gimmel.
Appears in 2 books from 2005-2007
Less

David Steinberg, now in his sixth decade as a major entertainer and comedian, was a regular substitute host for Johnny Carson, and appeared with Johnny more than anyone except Bob Hope. As a standup, he had four number one comedy albums, two network television shows, and was a leader of Second City during its heyday. He went on to help write and direct such television megahits as Curb Your Enthusiasm, Seinfeld, Mad About You, Friends, and Designing Women. He is also the executive producer, creator, and host of Sit Down Comedy with David Steinberg. Over the last fifty years, he has worked with nearly all of entertainment’s funniest performers and comedians. Visit him online at TheDavidSteinberg.com 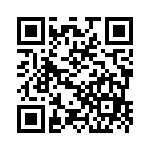