Page 425
from those of the human period ; that such proximate species were but the
successors of races of a previous age , of still stranger forms and more striking
peculiarities ; that these also had their predecessors , of various orders and
through ...
Page 433
saic record , peculiarly a period of herbs and trees , ' yielding seed after their kind
. ' “ The middle great life - period of the geologist — that of the secondary division
-- possessed , like the earlier one , its herbs and plants , but they were of a ...
Page 444
In the history of the earth which we inhabit , molluscs , fishes , reptiles , mammals
, had each in succession their periods of vast duration ; and then the human
period began — the period of a fellow - worker with God , created in God's own ... 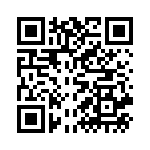