Page 28
I waved my hand and called back, "Good work!" From now on there was a steady
stream of private cars. The sky had changed again; a reddish glow was
spreading up beyond the housetops. As dusk set in, the street grew more
crowded.
Page 39
What bored him was that he had "a sort of lech on her" as he called it. But he was
quite determined to teach her a lesson. His first idea, he said, had been to take
her to a hotel and then call in the special police. He'd persuade them to put her ...
Page 94
He called, "Au revoir, Mother," and, slipping her hand between the bars, she gave
him a small, slow wave with it. No sooner was she gone than a man, hat in hand,
took her place. A prisoner was led up to the empty- place beside me, and the ... 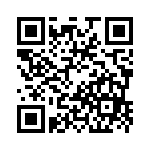