Page 19
... and eternally ruin many souls , and greatly to wound religion in the saints , and
entangle them in a dreadful wilderness ... that some of those emotions which
made a glaring show , and were by many greatly admired , were in reality nothing
...
Page 24
9 , “ Rejoice greatly , O daughter of Zion ; shout , O daughter of Jerusalem :
behold , thy King cometh , " & c . The same is represented in innumerable other
places . And because high degrees of joy are the proper and genuine fruits of the
...
Page 176
Whereas a true saint is like a stream from a living spring ; which , though it may
be greatly increased by a shower of rain , ana diminished in time of drought , yet
constantly runs : John iv . 14 , “ The water that I shall give him , shall be in hiin a ... 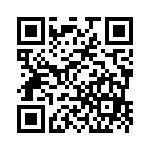