A history of American literature

Richard Gray is Professor of American Literature at the University of Essex. Generally regarded as the leading European scholar in American literature, he is the first specialist in American literature to be elected a Fellow of the British Academy. His recent publications include Writing the South: Ideas of an American Region (1997), The Life of William Faulkner: A Critical Biography (Blackwell Publishing, 1994) and Southern Aberrations: Writers of the American South and the Problems of Regionalism (2000). With Owen Robinson, he has also edited A Companion to the Literature and Culture of the American South (Blackwell Publishing, 2004). 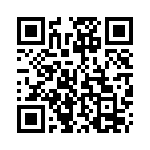