When I saw the movie, The Imitation Game, I became fascinated by Alan Turing. Being such a bookworm, my first thought was that I should read the book, expecting more depth and detail about Mr. Turing ... Read full review

I liked this book. I enjoyed learning more about Alan Turing's life, and in particular about the struggles he faced and the innovations he introduced to the world. Anyone who has seen the movie The ... Read full review

Andrew Hodges teaches mathematics at Wadham College, University of Oxford. A colleague of Roger Penrose, he is also an active contributor to the mathematics of fundamental physics. 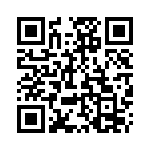