Robert Audi is internationally known for writing and speaking in epistemology, philosophy of mind and action, ethics (including political philosophy), and philosophy of religion. In epistemology, perception, the a priori, memory, testimony, and, the relation of all these to rationality, justification, and knowledge are among his central interests. In philosophy of mind and action, he has written on intention, reasons, practical reasoning, and rational action. In ethics, his research has focused on moral epistemology, moral psychology, value theory, and, in applied ethics, business, medical, and journalistic ethics. His work in philosophy of religion has centered on faith and reason, the problem of evil, and religion and politics. He is the author of Rational Belief (OUP 2015), Moral Perception (Princeton 2013), and Epistemology: A Contemporary Introduction to the Theory of Knowledge, 3rd ed. (Routledge 2010). 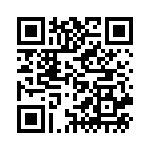