Page 27
It is an impeccable prose . But perfection has one grave defect : it is apt to be dull
. Swift ' s prose is like a French canal , bordered with poplars , that runs through a
gracious and undulating country . Its tranquil charm fills you with satisfaction ...
Page 37
No critic has praised Dryden ' s prose more aptly . He said of him that he
appeared to have no art other than that of expressing with clearness what he
thought with vigour . And one of his Lives he finished with the words : ' Whoever
wishes to ...
Page 38
It is not an accident that the best prose was written when rococo with its elegance
and moderation , at its birth attained its greatest excellence . For rococo was
evolved when baroque had become declamatory and the world , tired of the ... 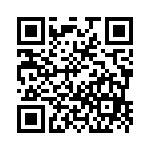