Page 26
As if it were ever possible to "have time for it" one day and realize at life's end that
dream of peace and happiness! No, peace there could be none; nor any victory,
perhaps. Never could all the air-mails land in one swoop once for all. Riviere ...
Page 30
A snow-bound stillness brooded on the ranges; the winter snow had brought its
peace to all this vastness, as in dead castles the passing centuries spread peace.
Two hundred miles without a man, a breath of life, a movement; only sheer ...
Page 31
Yet, as far as eye could see, all was at peace. Peaceful, yes, but tense with some
dark potency. Suddenly all grew sharp; peaks and ridges seemed keen-edged
prows cutting athwart a heavy head wind. Veering around him, they deployed like
...

11 other sections not shown

Antoine de Saint-Exupery, 1900 - 1944 Antoine de Saint-Exupery was born in Lyon, France on June 29, 1900. Saint-Exupery was educated in Jesuit schools. He later attended a Catholic boarding school in Switzerland before entering the Ecole de Beaux-Arts as an architecture student. de Saint-Exupery began his military service in 1921 and was sent to Strasbourgh to be trained as a pilot. He received his pilot's license in 1922 and, after a few dead end jobs as a bookkeeper and an automobile salesman, he began flying mail for a commercial airline company. His route over North Africa was the basis for his first novel, Southern Mail, in 1929. His second novel, Night Flight, became an international bestseller and was made into a film in 1933. By that time, de Saint-Exupery was married to Consuelo Gomez Castillo and was working as a test pilot for Air France. He was also working as a foreign correspondent covering May Day events in Moscow and writing a series on the Spanish Civil War. His book, Wind, Sand and Stars won the French Academy's 1939 Grand Prix du Roman and the National Book Award in the United States. He came to the United States after France fell in World War II, but rejoined the French Air Force in North Africa in 1943. That same year he published The Little Prince, a children's story of such universal appeal that it has been translated into close to fifty languages. Antoine de Saint-Exupery took off on a flight over Southern France on July 31, 1944 and was never seen again. In 1998, a fisherman found a bracelet with his name and his wife's name engraved on it, 150 kilometers west of Marseilles. 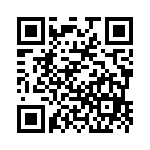