Page 176
Lord BATHURST , Lord LYTTELTON , SPENCE , HARTE , and other of his friends , have assured me , that among ... And in his examination before the House of Lords , in ATTERBURY'S trial , he faultered so much as to be hardly intelligible .
Page 200
For it was he that recommended him to the Duke of Grafton , in the year 1721 , who took him over with him to Ireland when he was Lord Lieutenant , and pronoted him to the deanery of Derry in the year 1724 * Berkley gained the patronage ...
Page 257
The portrait is certairly overcharged : for Lord H. for whom it was designed , whatever his morals might be , had yet confiderable abilities , though marred indeed by affectation . Some of his fpeeches in parliament were much beyond ... 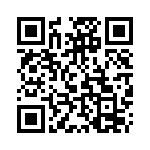