Page 89
He sent to the press ( 165 a manuscript of Raleigh , called the Cabinet Council ; and next year gratified his malevolence to the clergy , by a Treatise of Civil Power in Ecclesiastical Cases , and The Means of removing Hirelings out of ...
Page 264
One of these poems is called Dryden's Satire on his Muse ; ascribed , though , as Pope says , falsely , to Somers , who was afterwards Chancellor . The poem , whose soever it was , has much virulence , and some spriteliness .
Page 450
In 1697 he published a poem on The Peace of Ryswick ; and in 1699 another piece , called The Court of Neptune , on the return of king William , which he addressed to Mr. Montague , the general patron of the followers of the Muses .

5 other sections not shown 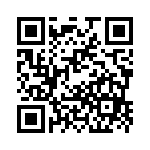