Thierry Hentsch
Swiss-born, Francophone author Thierry Hentsch carried out various diplomatic missions for the International Red Cross in Syria, Palestine and Pakistan. An expert in intercultural relations, especially between the East and West, he published many incisive journal articles, reviews and collections, which have appeared in Conjonctures, Études internationales, Spirale and Le Monde diplomatique. His extensive research efforts culminated in L'Orient imaginaire [Imagining the Middle East], a much-heralded 1988 publication in which Hentsch provides a solemn critique of the Western perception of the Middle East and reflects on the construction of Western literary, cultural, philosophical, and political identities in relation to the "other."

Fred A. Reed
International journalist and award-winning literary translator Fred A. Reed is also a respected specialist on politics and religion in the Middle East. After several years as a librarian and trade union activist at the Montreal Gazette, Reed began reporting from Islamic Iran in 1984, visiting the Islamic Republic thirty times since then. He has also reported extensively on Middle Eastern affairs for La Presse, CBC Radio-Canada and Le Devoir. Reed is a three-time winner of the Governor General's Award for translation. 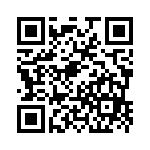