Engrossing and enlightening account of the checkered relationship between the scientific community and federal government from the Manhattan Project to SDI, by Herken (The Winning Weapon, 1980). Just ... Read full review

Page 208 - I call upon the scientific community in our country, those who gave us nuclear weapons, to turn their great talents now to the cause of mankind and world peace, to give us the means of rendering these nuclear weapons impotent and obsolete.
Appears in 152 books from 1877-2008
Page 26 - With regard to these general aspects of the use of atomic energy, it is clear that we, as scientific men, have no proprietary rights. It is true that we are among the few citizens who have had occasion to give thoughtful consideration to these problems during the past few years. We have, however, no claim to special competence in solving the political, social, and military problems which are presented by the advent of atomic power.
Appears in 60 books from 1915-2006
More
Page 231 - The fact that no limits exist to the destructiveness of this weapon makes its very existence and the knowledge of its construction a danger to humanity as a whole. It is necessarily an evil thing considered in any light.
Appears in 46 books from 1921-2007
Page 8 - States as may be designated, and the Academy shall, whenever called upon by any department of the Government, investigate, examine, experiment, and report upon any subject of science or art, the actual expense of such investigations, examinations, experiments, and reports to be paid from appropriations which may be made for the purpose, but the Academy shall receive no compensation whatever for any services to the Government of the United States.
Appears in 394 books from 1821-2008
Page 229 - In the course of the last four months it has been made probable — through the work of Joliot in France as well as Fermi and Szilard in America — that it may become possible to set up a nuclear chain reaction in a large mass of uranium, by which vast amounts of power and large quantities of new radium-like elements would be generated. Now it appears almost certain that this could be achieved in the immediate future.
Appears in 117 books from 1946-2007
Page 229 - However, such bombs might very well prove to be too heavy for transportation by air. The United States has only very poor ores of uranium in moderate quantities. There is some good ore in Canada and the former Czechoslovakia, while the most important source of uranium is the Belgian Congo. In view of this situation...
Appears in 56 books from 1948-2007
Page 229 - This new phenomenon would also lead to the construction of bombs, and it is conceivable though much less certain - that extremely powerful bombs of a new type may thus be constructed.
Appears in 148 books from 1946-2007
Page 231 - It is clear that the use of such a weapon cannot be justified on any ethical ground which gives a human being a certain individuality and dignity even if he happens to be a resident of an enemy country.
Appears in 33 books from 1845-2006
Page 229 - Some recent work by E. Fermi and L. Szilard, which has been communicated to me in manuscript, leads me to expect that the element uranium may be turned into a new and important source of energy in the immediate future.
Appears in 158 books from 1922-2008
Page 123 - In the councils of government, we must guard against the acquisition of unwarranted influence, whether sought or unsought, by the militaryindustrial complex. The potential for the disastrous rise of misplaced power exists and will persist.
Appears in 879 books from 1911-2008
Less

Gregg Herken is Historian and Curator at the Space History Department of the National Air and Space Museum, Smithsonian Institution. 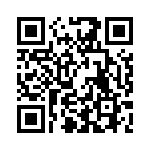