Page 114
Hers were written in a queer mixture of French , German and English ; she
speaks English a little and French quite well , but the answers were written
entirely in English ; it was good English , but not an Englishman's English ,
flowery and ...
Page 168
Are you English , by the way , or American ? ” “ English , " said Ashenden .
Ashenden was by nature a very shy person , and he had in vain tried to cure
himself of a failing that at his age was unseemly , but on occasion he knew how
to make ...
Page 173
Caypor addressing her in English told her in his jovial way , as though she did
not know it already , what Ashenden had told him about himself . She listened
grimly . “ I think you told me you understood German , " said Caypor , his big red
face ... 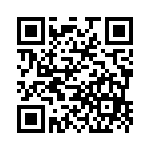