I Like your blog,will sharing this with my friends, excellent work.
<a href="http://www.xinix.co.uk/business-broadband-phone-packages/">business broadband providers</a>

Page 634 - There is a time in every man's education when he arrives at the conviction that envy is ignorance ; that imitation is suicide ; that he must take himself for better, for worse, as his portion ; that though the wide universe is full of good, no kernel of nourishing corn can come to him but through his toil bestowed on that plot of ground which is given to him to till.
Appears in 504 books from 1808-2008
Page 206 - What happens to a dream deferred? Does it dry up like a raisin in the sun ? Or fester like a sore — And then run ? Does it stink like rotten meat? Or crust and sugar over — like a syrupy sweet? Maybe it just sags like a heavy load. Or does it explode?
Appears in 560 books from 1913-2008
More
Page 170 - A foolish consistency is the hobgoblin of little minds, adored by little statesmen and philosophers and divines. With consistency a great soul has simply nothing to do.
Appears in 745 books from 1377-2008
Page 144 - It is easy in the world to live after the world's opinion ; it is easy in solitude to live after our own ; but the great man is he who in the midst of the crowd keeps with perfect sweetness the independence of solitude.
Appears in 736 books from 1796-2008
Page 152 - Whoso would be a man must be a nonconformist. He who would gather immortal palms must not be hindered by the name of goodness, but must explore if it be goodness.
Appears in 413 books from 1796-2008
Page 178 - The dogmas of the quiet past are inadequate to the stormy present. The occasion is piled high with difficulty, and we must rise with the occasion. As our case is new, so we must think anew and act anew.
Appears in 786 books from 1857-2008
Page 128 - Until one is committed, there is hesitancy, the chance to draw back, always ineffectiveness. Concerning all acts of initiative (and creation) there is one elementary truth, the ignorance of which kills countless ideas and splendid plans: that the moment one definitely commits oneself, then Providence moves too. All sorts of things occur to help one that would never otherwise have occurred.
Appears in 406 books from 1932-2008
Page 678 - If there is no struggle there is no progress. Those who profess to favor freedom and yet deprecate agitation, are men who want crops without plowing up the ground, they want rain without thunder and lightning. They want the ocean without the awful roar of its many waters.
Appears in 338 books from 1891-2008
Page 682 - To laugh often and much; to win the respect of intelligent people and the affection of children; to earn the appreciation of honest critics and endure the betrayal of false friends; to appreciate beauty; to find the best in others; to...
Appears in 253 books from 1894-2008
Page 55 - Of such wisdom, the poetic passion, the desire of beauty, the love of art for its own sake, has most. For art comes to you proposing frankly to give nothing but the highest quality to your moments as they pass, and simply for those moments
Appears in 629 books from 1821-2007
Less

Years of study in Religious Science and the Dharma have given Larry Chang a thorough grounding in metaphysics and spirituality. In the course of his work as an intuitive counselor and speaker, he has collected and used many quotations which he shares in Wisdom for the Soul: Five Millennia of Prescriptions for Spiritual Healing. He has been, in turn and simultaneously, an artist, designer, editor, activist, trader, consultant and restauranteur – and now publisher. Exiled from Jamaica, he was granted asylum based on sexual orientation by the US, where he now lives in Washington, DC.“Larry Chang brings a special spirituality to whomever he meets. He has the amazing ability to transcend race, ethnicity, gender, religion and sexual orientation in his efforts to heal the planet. His wisdom might well be the path that we need to lead us to both individual and global peace." - Jerry Wright, Professor, Social Work and Anthropology, Savannah State University 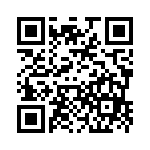