William Cowper is an English poet whose work heavily influenced the Romantic poets. He was born in Hertfordshire, England, November 15, 1731. His father was a clergyman. His mother claimed descent from the poet John Donne. After she died when he was only six, Cowper entered a boarding school and later attended Westminster School in London. Cowper later studied with a lawyer to satisfy his father. Cowper suffered from mental illness at various times throughout his life and spent time in an asylum. His first attack came after he was nominated for a clerkship in the House of Lords. The offer was withdrawn after Cowper attempted suicide. Cowper was convinced that his madness was retribution from an angry God against whom he had unforgivably sinned. Cowper experienced at least two more major attacks of madness, one of which frustrated his only plans to marry, leading Cowper to the conviction that he was eternally damned. He sought escape from such a depressing prospect in all kinds of innocent activities, including writing poetry. With John Newton, a curate who helped Cowper recover from his first attack, Cowper composed Olney Hymns. These included God Moves in a Mysterious Way and O For a Closer Walk With God. In 1782, The Poems of William Cowper were published. His greatest contribution is The Task. Cowper died April 25, 1800. 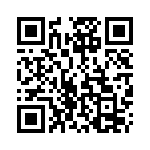