Why Care About Why They Leave?

The greatest obstacle to discovery is not ignorance--

it is the illusion of knowledge.

employer, but it was obvious that strong feelings were still stirring inside her.

"I was thrown into the job with no training. I asked for some one-on-one

time with my manager to go over the project inside out, but he never had the

time. I sensed he didn''t really know enough to be able to thoroughly brief me,

"When I got feedback that certain work wasn''t acceptable, he wouldn''t be

specific about how to correct it in the future. . . . He actually enjoyed intimidating

people, and he had a terrible temper--he would ask me a question and,

if I didn''t know the answer, he would make fun of me in front of my coworkers.

As it turns out, he wasn''t following the right work procedures himself.

"Later, when I was working way below my skill set, I was told they

weren''t ready to give me a promotion, even though I had mastered everything.

"Finally, when I resigned, they didn''t seem interested in why I was leaving.

There was no exit interview.They never listened to me when I was there,

and they certainly didn''t care to listen when I left."

new employer:"I''m still doing what I love to do, but in a much more professional

environment. There''s open communication and no game playing. I

know where I stand with them at all times."

talented colleague from her former company.

regretted losing, these are the kinds of stories I hear. I know there are two sides

to every story and that Anna''s former manager might tell it differently. But I

also know that there is truth in Anna''s story, and in all the stories I hear--more

checked out on their last day of employment.

too late to start listening to both former and current employees. Some grow

course of a few weeks.Others become concerned about protecting their reputation

as a desirable place to work, and most simply want to make sure they

have the talent they need to achieve their business objectives.

Why Many Managers Don''t Care

about why their employees are leaving.Their attitude seems to be "If you don''t

like it, don''t let the door hit you in the backside on your way out!" If this

sounds familiar, it should, because it describes the prevailing mindset of most

managers in American companies today. Most are overworked, and many are

frustrated by their inability to meet the demands of the current workforce,

about preventing turnover, or you wouldn''t be reading this book. So why do

you care? Why even take the time and effort to uncover the real reasons

employees leave? It would be much easier just to accept what most employees

There are many ways to rationalize the loss of talent:

● Who has time to stop and wonder why they left, anyway? They''re

● They didn''t want to be here, so why worry about what they think?

● They were probably just disgruntled or had the wrong attitude or

● We can''t expect to retain everybody we hire.

● There''s nobody that isn''t replaceable.

● Let''s just get on with finding a replacement.

Of course, we cannot hope to keep all our valued talent. But good managers

when the departure could have been prevented.There will always be managers

who are too preoccupied, self-focused, or insensitive to notice the signs that

employees are becoming disengaged and too uncaring, complacent, blaming,

in denial, insecure, or ego-defensive to find out the real reasons they left.They

too readily accept turnover as "a cost of doing business." They are too willing

to believe the superficial reasons for leaving that employees give in exit interviews.

Why? Psychologists call it "motivated blindness"; they cannot handle

behavior.These managers are actually choosing not to see, hear, or speak the

"evil" that plagues them.

As Brad, another employee, told me during an exit interview, "It seems

people."But many managers do care enough to coach, train, develop, and keep

their direct reports engaged. Now what we need are more organizations that

make heroes of these managers, not just by praising them but also by measuring

their contributions and rewarding them with serious money.

Managers Cannot Hear What Workers Will Not Speak

As we know, when exiting employees come to the question "Why are you

leaving?,"most are not inclined to tell the whole truth.Rather than risk burning

a bridge with the former manager, whose reference they might need,

they''ll just say or write "better opportunity" or "higher pay."Why would they

or recognition from the boss or were passed over for promotion?

So, it is no wonder that in one survey, 89 percent of managers said they

believe that employees leave and stay mostly for the money. Yet, my own

from eighteen industries, and the research reported in dozens of other studies

to the level of pay but to the job, the manager, the culture, or the work environment.

These internal reasons--also known as "push" factors, as opposed to

power of the organization and the manager to change and control. But you 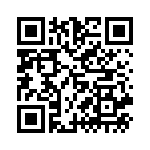